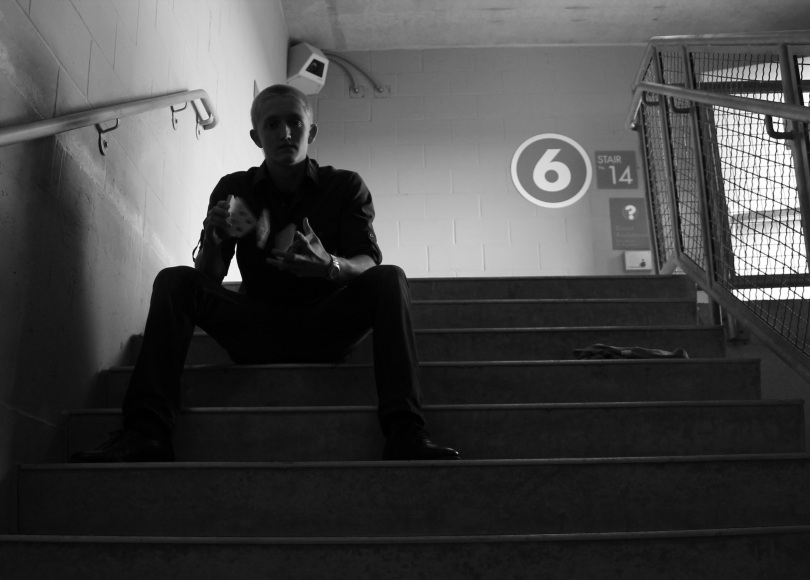 Erik has gone over what the process of the Hofzinser Anthology was from his perspective, and while factually he is correct on a number of points, I would like to add my perspective to the mix to give an alternate side of the story.

I don’t have much in the way of corrections as far as the actual filming process went. We started the adventure at a magic lecture where I showed Erik a routine I’d been playing around with. Erik was visibly unimpressed. Considering when Erik first showed me Poker Test my response was, “Well, that’s cute”, genuine disinterest seems to be a solid indicator that the idea is worth pursuing.

Erik is absolutely right about the process of creating the routines. I locked myself in my room for an ungodly number of hours, practicing, refining, thinking, and creating. After a couple of weeks of studying Hofzinser non-stop, I had a few routines that I thought were worth sharing. I had combed ideas from Dani DaOrtiz, John Guastaferro, Hofzinser (obviously), Bannon, and Justin Miller to create four routines; each with a different demographic in mind.

Hasselhof was born out of a desire to have a magician oriented handling of the plot. A sleight of hand based routine that would either impress or fool the crap out of magicians. The idea being the timing of the switch and reveal of the four card change would come as a surprise to the structure magicians were expecting while watching the routine unfold.

Hofsenor was conceived, built, and designed with “real performances” in mind. I borrowed concepts from John Guastaferro, Dani DaOrtiz, and John Bannon to create a working routine that didn’t need a table or difficult sleight of hand. Because the routine was based heavily on Guastaferro material (go buy One Degree if you don’t already have it) I reached out to him with a video of the routine to get his blessing to teach it. He responded literally within five minutes saying, “Looks great, go for it”. So I have to pause briefly and give John a quick shout out, thank you, John, for being such a cool generous guy to a random 16 year-old living across the country.

The Awkward Step Child is an ugly duckling story come to life. What started as the handling of the plot that left Erik incredibly underwhelmed at the beginning of this story evolved into the routine that packs the most punch (Cygnus). This was meant to be a magician’s introduction into difficult sleight of hand, using one difficult sleight (a beautiful card control) and a concept that any laymen could understand with one brief explanation. It was very quick, very bare-bones routine without a lot of flairs.

Then out of the ashes of that wreck came Cygnus; I named it after the constellation in the night sky shaped like a swan. AKA the most beautiful routine on the DVD that no one will ever perform. Instead of the Ace representing the suit of the card transforming into the selection (ala Awkward Step Child), the Ace representing the suit of the selection turns face down, and then all four aces transform into the entire suit of the selection, aside from their selection (the only card missing) which is now found in their hands, in the center of the pack, sandwiched in the center of the four face up Aces which have now magically reappeared.

By far Cygnus is my favorite routine on the DVD because of the progression from radically unimpressed Erik to “What the f*&% was that?!” Unfortunately, as Erik mentions in the previous portions of this story, upon release we discovered that magicians aren’t the biggest fans of sleight of hand, an unfortunate revelation to my 16 year-old move monkey brain. And as a result I’ve never seen another soul perform this routine. Which is a shame in my eyes, because this is the most fooling routine with the largest surprise at the end.

One issue I would like to challenge from Erik’s recount of this journey is him labeling the project a “failure”. I don’t think that this could be any further from the truth. Yes, sales were not great, certainly not on the same level as Poker Test by any means. But that makes sense in retrospect; on one hand you have an easily accessible routine that can be performed straight out of the box and includes the gimmick and on the other hand you have 4 sleight of hand routines based on a classic plot of magic that was initially published in the 1500’s. If one of those two options are going to be more “niche” it’s not the one that’s immediately performable for anyone of any skill level. It’s going to be the DVD that requires practice, study, and dedication to card sleights. Even more so coming from a “no-name” 16 year old. The only people that will be showing an interest and purchasing this one are Move Monkeys who love challenging sleight of hand. This was clearly not destined to be a best seller.

And that’s a very big but, when we released this DVD we were able to wholesale enough product to the main distributors and manufacturers in the community to cover our production costs and make a profit. Yes, I have quite a number of Hofzinser Anthology DVD’s left over, but I plan to sell those at lectures, conventions, and live events until the day I die. The profits sat in a Mutual Fund for a year accruing interest, slowly growing, and when I finally decided to use it, it covered the senior trip that I took the summer I graduated from high school.

So that’s what the Hofzinser Anthology did for me, and continues to do for me. I was given an amazing excuse to road trip up to Jacksonville, hang out with Erik at Universal, perform magic, and I now have an outlet to meet and talk to fellow Move Monkeys and also an opener for people that have never met me in person to start a conversation and introduce themselves. And the people that enjoyed the DVD enough to do the material tend to be on the same wavelength mentally as me and enjoy similar material, which usually results in new friendships and delightful conversation.

I certainly wouldn’t consider that a failure.

P.S. One addendum I feel needs to be added to this whole saga is an anecdote from getting kicked out of Universal. We had just wrapped filming, reviewing and backing up the footage when Police and Security arrived. Erik left me in the truck to go talk to the police. Which if you’ve ever gotten to know Erik, you know this is a terrifying proposition. Police don’t like Erik. We have no idea why, but for some reason they’re not fans, and he usually gets tickets/fines if they’re having any conversation.

Erik rejoins me in the car a few minutes later and a cop walks up to the window to outline what’s going to happen. Erik is banned from Universal for a whole year. If he steps back on property he will be arrested. Understandable since we’re not supposed to be up there at all and we drove up the exit ramp to enter. Makes sense to me, but Erik decides it’s a good time to look at the cop, point at me, and ask, “But what about him?” Because the cop hasn’t acknowledged me at all throughout this process, it just seemed unfair. The cop turned from Erik and looked at me, then turns back to Erik before saying, “I’m going to let him off with a warning.”