Not only did I meet Pipo Villanueva for the first time at Trics Convention but it was also the first time I got to see him lecture and perform for the final show. Pipo is a very kind and passionate person who was very easy to talk to. I think my favorite part of the interview comes at the end when we discussed magic as an art form and hearing him talk about how passionate he is about doing the best he possibly can while performing. I was also super impressed that he works not only as a magician but an engineer as well!

What did your parents do?

My father is an engineer, like my brother and I so it runs in the family. He is also an amateur musician and his passion for music really inspired my brother and I. My mother was a German teacher, now she teaches painting classes and often fixes furniture. She is a very talented artist. She is also half German and speaks Spanish and German fluently.

Do you speak German?

No, not all! One of these days I need to learn. I have aunts, uncles and cousins that all speak German and my brother and I do not speak any.

You have the opportunity to travel a lot as a professional magician, what have you noticed that’s different when performing in America as opposed to Spain?

The first thing I noticed is that in America there is a big appreciation for sleight of hand or just performing magic that is more difficult while I do not see that as much at home. But another big difference I have noticed is that in America they appreciate entertainers. In Spain if you are a comic or a magician or some other form of entertainer then you are not taken seriously. They do not see that as a serious profession.

So they do not value entertainers?

It’s not that they do not value art and entertainment, they do, but with “newer” arts, and being a working magician or comedy is seen as newer, it is very difficult at first to be taken seriously. However one thing that is similar between the countries is that when you perform something you are passionate about you will end up getting the same reactions and people appreciating your work.

How old were you when you started getting into magic?

I actually started pretty recently; it’s been nine years since I first got into magic. I was working on my engineering degree and had been working on the side as a musician however my music wasn’t really working out for me so I had decided to walk away from it. Around that same time I was playing poker with a friend and he introduced me to someone who used to perform magic. I talked with him and he really sparked my interest. So I started researching ways to cheat at poker and then when I went to the poker game I would show people what I learned. The guy that had been an amateur magician ended up giving me a book and from there I started learning and practicing magic.

That’s really interesting, it seems like there is a part of you that has always wanted to perform. You mentioned earlier you had a band but it didn’t work out. What ages were you playing and what happened?

I started playing in a band as a teenager and we played rock music. The thing about both my magic and my music is that my first goal was not entertaining but about expressing myself. So my band didn’t work out so well because it didn’t capture a wide audience and wasn’t mainstream whereas magic on the other hand has entertained larger audiences even though that’s not necessarily my primary goal. Now that I have worked as a magician for nine years I can look back and see how I went wrong with my band.

What do you mean by that? What would you have done differently?

I see now how important structure is when performing. I should have thought a lot more about how the song should have begun, what happens in the middle and how it ends. Yes, we put time into our lyrics but we weren’t thinking through the structure of the song. It is a show and so it is important to keep the interest flowing, so the order of the songs you are playing is very important too.

You mentioned your band not working out, what did everyone end up doing?

That’s kind of a funny question because one guy is an engineer but also plays in a well known band in Spain, and my other friend is also working as an engineer.

Wow, so you were just surrounded by intelligent people, not only is your father and brother engineers but your friends too!

I am a very lucky guy, it isn’t the norm to have all of your friends go to university with you but all of my friends and I went and everyone is an engineer or an architect! It was great being surrounded by these hard working, disciplined guys that I got to study alongside each night in the library.

How did you go from being interested in magic to performing for larger audiences?

It feels like it all just happened but I started out showing family and friends. Then I started joining local magic clubs and luckily there are a lot of opportunities in Madrid for magicians because some of the best magicians live there. I was progressing very quickly because I already had a lot of finger dexterity after spending so many years playing the guitar. From there I started doing small competitions which got my name out and I started making connections and getting hired for different events or shows. It was through mutual friends that I was hired to be here for the Trics convention.

How did you go from small competitions to being more recognized, especially considering that you are also working as an engineer?

For starters, I work as an independent contractor so I might work for a month or two and then get a month or two off of work. Secondly I don’t like to do things that I don’t want to do. I am a very passionate person and I work hard to pursue my passions. Since I am not a full time magician and I have another job I haven’t had to do a lot of the things others have had to do to get where they are. When I was a musician I did a lot of things I did not really want to do which often lead to frustration; I didn’t want to ever experience that frustration with magic so I have worked hard to be able to pursue the kind of magic I want to perform and the places I want to perform at. For example I do not really want to work with kids nor do I want to have to work corporate events.

How do you balance your relationships, whether it be dating or friendships, while working and traveling so often?

I have a group of friends from my hometown that meet up weekly, I can’t meet each week, but when I am in town I spend a lot of time. With dating that’s a lot harder. Magic is very time consuming, what with studying creating and rehearsing, which has left little time for me to date. I did date a female magician for a few years which was great because we had the same passion and recognized that we often had to work and both had less time, however in the end we went our separate ways. She was a very kind girl but unfortunately it didn’t work out.

When you talked earlier about magic being your personal art form and a way for you to express yourself, how exactly do you express who you are through magic?

That’s a great question and I’ll do my best to answer. Right now that’s a bit of a hot topic since magicians are fighting to make it a recognized art form and I personally do not think that’s the best approach. I think that feeling the need to convince people that what you do is an art is nonsense, though yes, I do see magic as an art form. I think we are just scratching the surface on what we can do with magic. What’s great about magic is that you get to share your universe with other people. However when I see someone spend five minutes learning a card trick and doesn’t take the time to learn to even perform it well, that’s not art. Art requires everything from you. You give your mind, body and soul to the craft. You learn as much as you can and you invest time not only in the illusion itself but in every aspect of the performance. I do not need anyone to say this is or this is not art; you know when you see art and when you see a truly captivating performance.

On that note I think we need to end. Thanks so much for meeting with me, I really enjoyed talking with you and look forward to your performance.

If you would like to hear more about Pipo listen to the podcast on ITunes and Google Play Music.

If you are interested in submitting an article, email us at: submissions@sleighted.com. We would love an article on a topic you are most interested in or a funny/crazy magic related story. 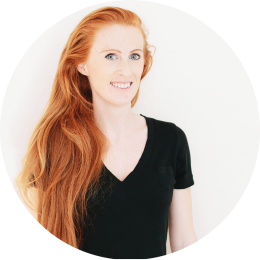